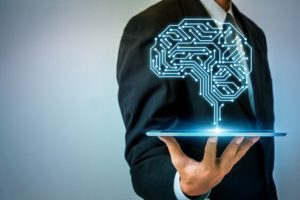 IBM Watson Studio was first announced in the IBM Public Cloud at IBM’s Think Conference in March 2018, which included the integration of the capabilities of Data Science Experience Cloud and a new interface for SPSS Modeler.

IBM Watson Studio was recently recognized as a leader in the September 2018 Forrester Wave Report on Predictive Analytics and Machine Learning Platforms (PAML).   According to the Forrester report, Watson Studio is a “perfectly balanced PAML solution for enterprise data science teams that want the productivity of visual tools and access to the latest open source via a notebook-based coding interface. ”It is designed for all collaborators —business stakeholders, data engineers, data scientists, and app developers —who are key to making machine learning models surface into production applications. It offers easy integrated access to IBM Cloud pre-trained machine learning models such as Visual Recognition, Watson Natural Language Classifier, and many others.”

Read about five good reasons to use Watson Studio and contact NewIntelligence to find out more about how Watson Studio can help your business.